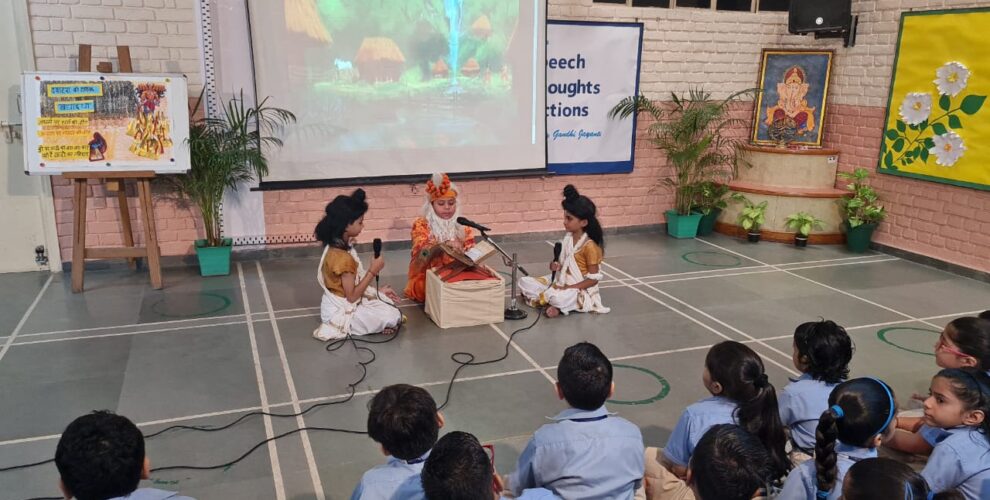 “It is the fear of God which gives us the confidence to face men and their evil and to be confident of ultimate victory.”

Dussehra, also called Vijaydashmi is the culmination of the nine – day Navratri Celebrations. The festival celebrates Lord Ram’s victory over Ravan and marks the victory of good over evil.

A special assembly was conducted in the school premises by students of Classes IV and V on Saturday, 1st October 2022.  The assembly began with the narration of the pious story of Ramayana by Bhavik Soni and Sahil Kumar of Class V A. Thereafter, the school choir Swaranjali presented the song – Dussehra ki Mahima – Jab Jab Ravan jaise dushman insaanon ko sataayenge , unhe mitaane dharti pe Shri Ram Janam le aayenge. The soulful song and the divine spirit with which the students sang made the whole environment hopeful of God’s presence.

This was followed by a dialogue between Lav Kush and Maharishi Valmiki portrayed by students of Classes III, IV and V. The wise sage made the innocent sons of Lord Ram and Goddess Sita aware about the admirable and remarkable qualities that Lord Ram was bestowed with which made him worshipped as the most dignified man (Maryada Purshottam Shri Ram).

The programme culminated with the depiction of scene wherein Goddess Sita was mesmerized by the beauty of Golden Deer and insisted Lord Ram to bring it for her. The deer turned out to be magical and was a part of a plan by the demon Ravan who had come to abduct Sita. Ravan disguised himself as a saint and urged Sita to cross the Laxman Rekha, the divine line drawn by Laxman to safeguard Sita. The moment Sita stepped out, Ravan kidnapped her. The scene was well enacted by the students of Class  – IV A and very nicely received and enjoyed by the students sitting in the audience.

The School Principal, Ms. Sonia Wadhwa, appreciated the efforts of the students and emphasized that this day is considered not only the victory of Lord Ram, but also the victory of mankind.

Summing up, the event was an enjoyable learning experience for all. 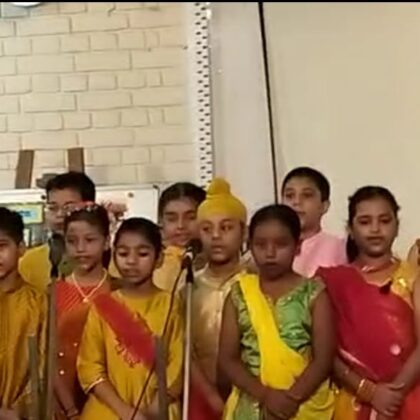 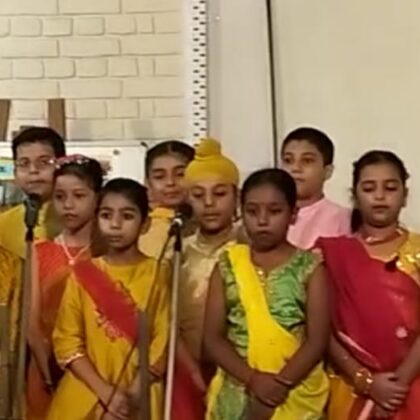 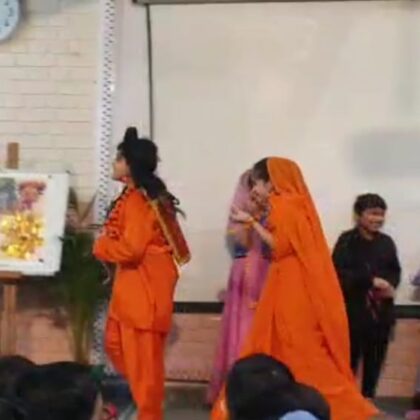 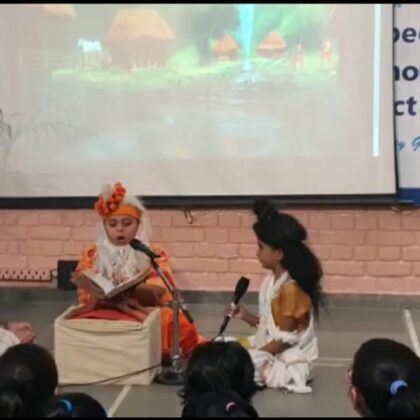 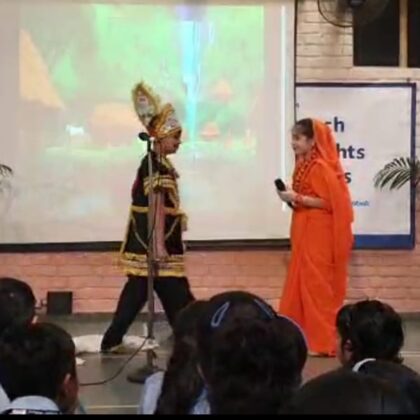 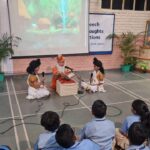 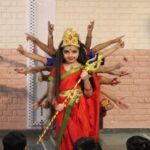 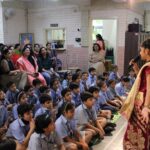 Few Seats Available in All Classes. For more information contact school office at 011-41414493